WHAT IS GLUTEAL AUGMENTATION?

It´s the intervention that solves the loss of volume in the buttocks, for any reason.

If there are dislodgement or sagging buttock augmentation should primarily perform a lift or lift the buttocks. Gluteal lift and increasing can also be performed simultaneously as in the breast augmentation can be performed a mastopexy with augmentation. The combination of procedures increases the difficulty of the surgery. 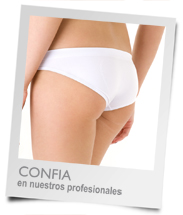 Prosthesis or buttock implants (specific for this region) are introduced. They are different from mammary implants but quite similar. Its main feature is to present a maximum cohesiveness or gel density due to be located in a region where the gluteal muscles are very powerful. There are round or anatomical depending on the anatomy of the buttocks and existing proportions as well as the results trying to be achieves in each case.

There is another type or variant of buttock augmentation. It extracts fat by liposuction and implant it in the buttocks. I´s called lipofilling or lipotransference.

It has the advantage of using its own fat tissue left over on hips or abdomen by liposculpture and transplant it to another region avoiding the use of implants. The drawback is that the procedure is not entirely predictable (fat doesn´t get on 100%) and required an additional lipofilling at times. It´s not possible to apply on thin people because there is not enough fat to remove.

Implants are inserted through an incision of 7 cm. in the gluteal fold (will be inappreciable in the future). It made a pocket on the gluteus maximus muscle (where the implants are housed) with adequate viewing and instrumentation it´s a precise technique performed without bleeding.

Hospitalization is 2 days. Discomfort is moderate. You can walk and sit down but should moderate your activity the first 15 days. 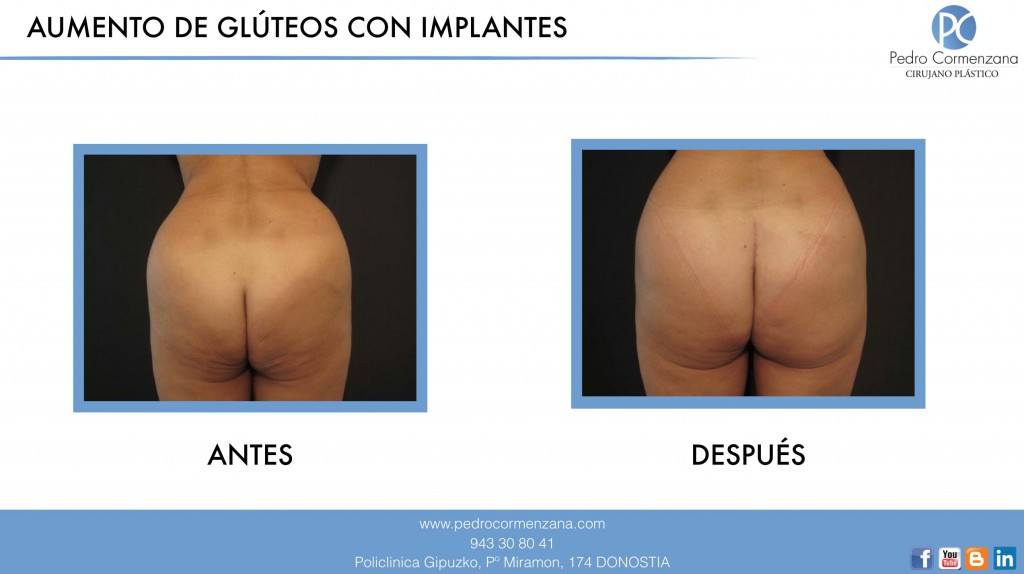 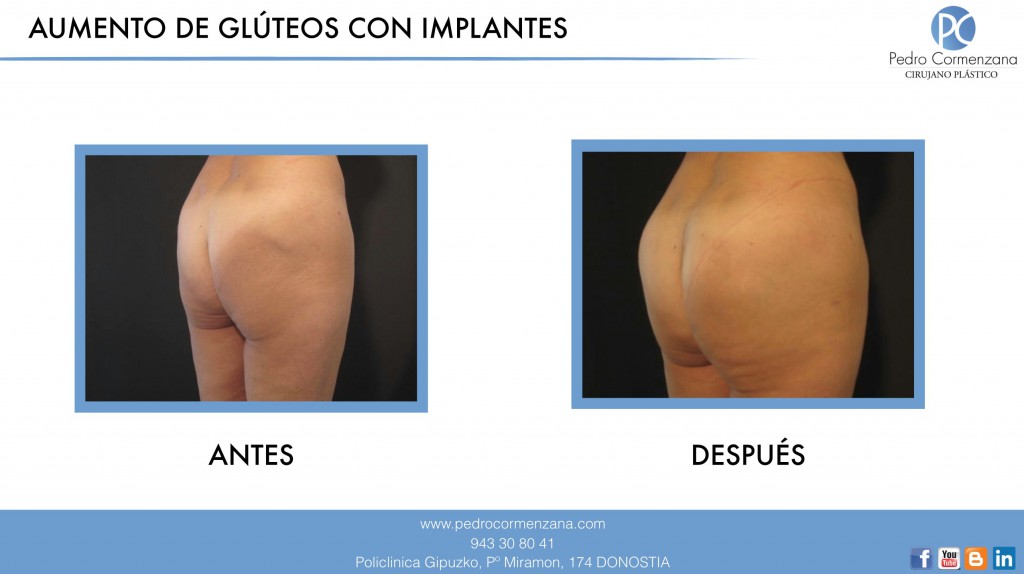