Abdomen is the most frequently deteriorated anatomical region as a result of women pregnancy. It´s also one of the areas of the body where fat reserve accumulates.

When the skin and musculature deteriorates due to pregnancy, especially in general pregnancies, the only solution is to surgically repair these structures.

Aesthetic surgery of abdomen (or abdominoplasty) removes excess skin, corrects the laxity of the musculature and reduces excess fat. Intervention should not be done with overweight. The scar is strategically placed in the bikini line at the upper limit of the pubis.

Abdomens without flaccidity, only with fat accumulation, will be exclusively threated with liposuction.

Men who have localized fat in abdomen, without overweight and with satisfactory skin are candidates for liposuction. If there are sagging should apply abdominoplasty.

In cases after significant weight loss it is often the existence of circumferential sagging. In these cases abdominal-flancoplasty is indicated to treat the entire body including the lateral and posterior regions.

It is performed under general anesthesia.

It involves several steps: liposuction is performed at the beginning of surgery to reduce (if necessary) the excess fat in the abdomen and flanks.

The navel is released to let all the excess skin can descend (as the navel is a stem that attaches muscle to the skin) and the end of the intervention relocates it to the exact position.

Abdominal muscles are rebuilt, joining them in the midline using a suture technique (called plication), making a corset and restoring laxity.

All excess skin is removed

Drains are placed while the hospitalization period lasts: 2 to 3 days.

The area is protected by a strip of soft compression for a month. 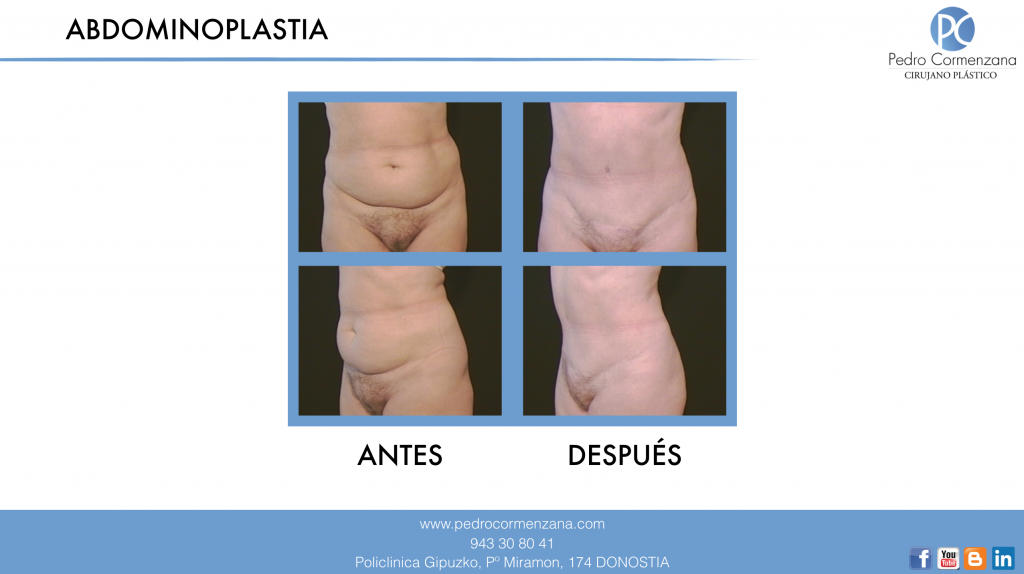 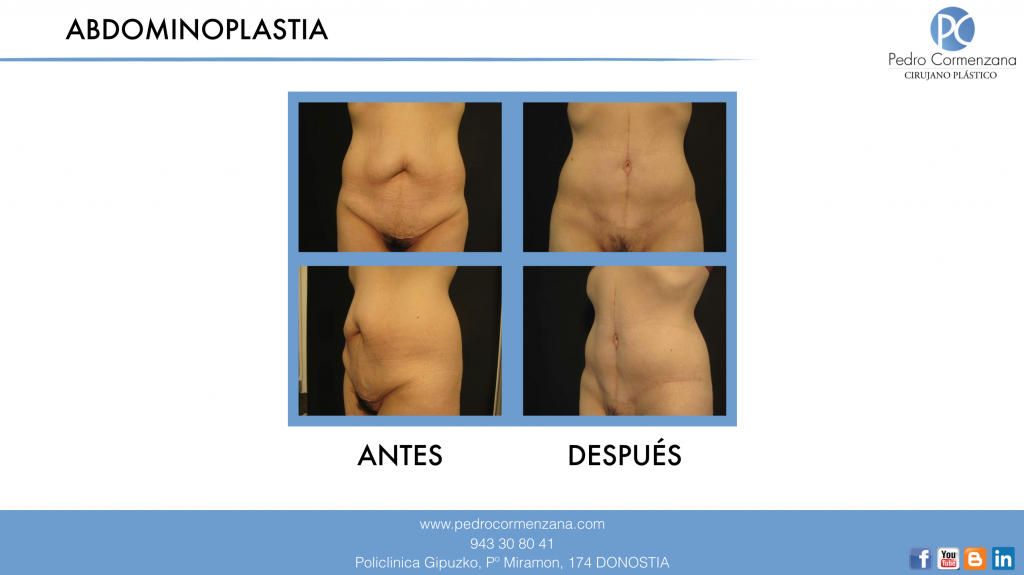 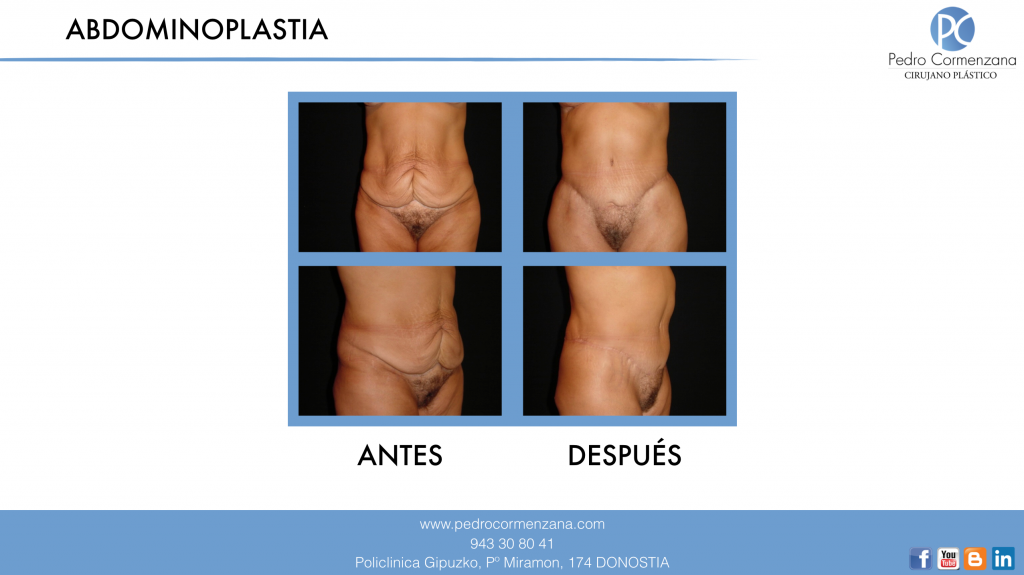